CRAF15 Beer of the Festival 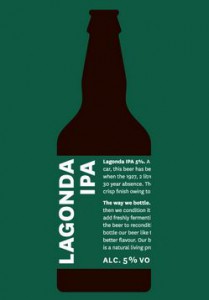 The 2015 Cheltenham Real Ale Festival Beer of the Festival was Lagonda IPA by Marble Brewing Manchester.

Lagonda is an India pale ale with a golden malt base complimenting a quadruple addition of hops. All of which precede a floral and bitter finish coming in at 5% ABV.

Beer of the Festival was determined in 2015 by our TEXT Voting system where the public could cast votes for their favourite three beers via a local rate text message.