The Best Place For Real Ale In The South West

It has long been whispered, but now it’s official! Cheltenham is home to both the best real ale pub and real ale club in South West England.

The news has been released to coincide with today’s launch of the 2016 Good Beer Guide, the UK’s best selling pub guide. The guide lists the Sandford Park Alehouse as one of its 16 top real ale pubs in the UK.

Cheltenham CAMRA Branch Chair, Veronica Emary said: “This is marvellous news. To be recognised as having the best pub and club in the South West, when we are up against National Pub of the Year, the excellent Salutation at Ham, and against the great destination pubs of Bristol, is a magnificent achievement.

Neil Way at the Cheltenham Motor Club continues to keep and serve brilliant real ales and has now extended the bar and real cider offering. Grant’s achievement at the Sandford Park Alehouse is staggering. The pub only opened two years ago, so to reach the status of South West Pub of the Year so quickly is fantastic.

This is testament to all the hard work put in by Neil, Grant and all their staff. But this is just the tip of the iceberg. Right across Cheltenham there are great pubs and quality real ales to be had – it’s just a shame that there is not enough room in the Good Beer Guide to list them all.”

Pub of the Year 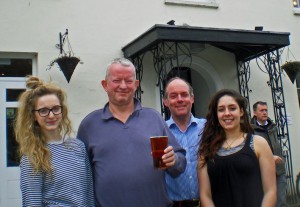 The South West Pub of the Year award for 2015 goes to the Sandford Park Alehouse. This High Street pub opened in April 2013. In that time Grant Cook and his team have built a strong reputation for quality and choice – the number of different draught real ales served is well over 1,000. In addition to the regularly changing real ales there are 16 craft keg ales, 80 bottled world beers, good food, bar billiards and a beer garden next to the river Chelt.

Club of the Year 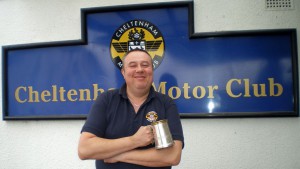 The club continues to source and serve a range of exciting beers. Recent improvements have seen a new decking area, and replacement of the ‘corner’ bar with a full-width bar, which will be used for the extended range of real ciders and gravity fed real ales.

The club, in Upper Park Street, is very welcoming to CAMRA members and is open to new membership enquiries.

Cheltenham CAMRA Press Officer, Tony Lucas, said: “Gloucestershire and the South West enjoy a great reputation for the quality of the beer brewed here and the quality of our pubs and Bristol is a major destination for real ale fans. So for Cheltenham to collect both pub and club awards really puts us on the map.

There has never been a more exciting time, or better choice for beer drinkers than now – and Cheltenham is leading the way. Everyone in Cheltenham CAMRA would like to wish Neil and Grant all the best in the Super Regional stage, against the winners of Central Southern, Wales, and Wessex regions – and hopefully making the shortlist for UK Pub and Club of the Year.”