Skip to content
» Uncategorized » Small Brewers Relief – your local beer is under threat.

The Government is set to increase the tax paid by some small independent breweries in the UK. This could lead to brewery closures, and less choice at the bar for you. The Treasury has announced changes to Small Brewers Relief (SBR) – the progressive tax system that has revolutionised UK brewing. These changes will reduce the 50% duty threshold from 5,000hl to 2,100hl: small breweries will have to pay more duty, whilst larger breweries could pay the same or less.
. 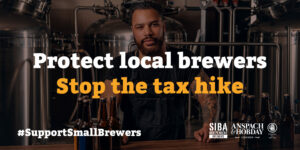 CAMRA has joined calls for the Government to think again – we need your help to persuade them that this is bad for UK brewing and bad for consumers.
.
You can help by signing the petition on the Parliament website HERE. If we get 100,000 signatures, a debate will automatically be triggered in Parliament.

There are no upcoming events.