Ale Ambles were set up a few years ago to enable our members (and members of nearby branches) to enjoy good company with like-minded people and visit some interesting towns and pubs which we would not normally go to. This is by public transport and generally mid-week. During the summer we usually go further afield to the seaside. We try and keep the travelling to within 2 hours. (We have had some members join us from as far away as Milton Keynes!) Just turn up at the station or bus stop and you will be made most welcome.

Full details of these upcoming ambles can be seen by clicking on the destination shown below.

May 6th .. This event will mark the 5th anniversary of the Ambles, so we’ll be staying in Cheltenham to celebrate.

This report from the April 2019 Amble to the Spa town of Bath will give you an idea of the Ambles itinerary. 11 amblers started our trip and we acquired another two on the way! We started in the Coeur de Lion, which is Bath’s smallest pub and an absolute gem. One of the most striking features of the pub is its stained glass window featuring the logo of the former Devenish brewery. Beercraft, (near Pulteney Bridge) is a beer shop with keg taps and has been open for about 2 years. We met a large group of Americans and had the Jaffa Cake stout – 7.5% at £3 a third! Explained what a Jaffa cake was to our friends from across the pond who were going straight on to Paris. The Pulteney Arms, which has been open since 1792, is tucked away near to the end of Great Pulteney Street. Its most unique feature are five gas light fittings (now sadly condemned) above the bar. The cat symbol featured in the pub sign refers to the Pulteney coat of arms.

The Star Inn is a locally famous pub which appears on the CAMRA National Inventory. It was first licensed as a pub in 1759. Since around 2001 the Star has been the Abbey Ales principal outlet. The four small rooms have benches around the walls, wood panelling and roaring fires. The smallest room has a single bench, usually occupied by the pub’s older customers and referred to as ‘death row’. Ales are served under gravity, via large glass pitchers, to your glass. This is one of only a handful of pubs left in the country where beer is still served in this way. The Raven was Bath and Borders Branch Pub of The Year for 2018. It’s a busy eighteenth-century free house in the heart of the city. The four guest ales come from far and wide, and the two ‘House Beers’ are brewed exclusively by local brewery Blindmans. Real cider, is always available. The pub holds at least four mini beer festivals a year. Rather usefully the main bar and the quieter first-floor bar serve the same range of ales.

The Griffin Inn is a Grade II-listed building with a modern minimalist feel. Taken over by the St Austell Brewery in 2018, it was refurbished and re-opened in October. Now selling a smaller range of cask ales and craft beers. The cask beers are St Austell Tribute, one from Bath Ales, plus a guest, quite likely to be Butcombe. The Bath Brew House was Formerly the Metropolitan, and before that the Midland Hotel. The whole building underwent a major refurbishment in the summer of 2013 and re-opened as a brew-pub in September of that year. The on-site micro, the James Street Brewery, produces the two regular beers, malty Gladiator (3.9%) and the hoppier, citrussy Emperor (4.4%), together with rotating seasonal beers. There are usually five guest beers, sourced mainly from nearby micros. The bar also has a four-tap craft beer font serving artisan beers from both the UK and around the world. 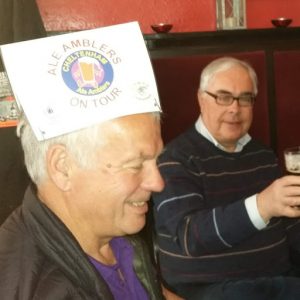 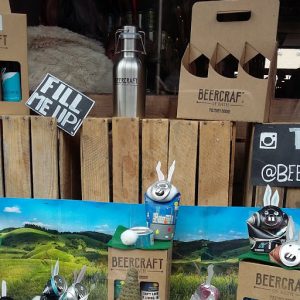